Hardwood vs. Softwood: Your One-Stop Guide

Hardwood vs. Softwood: Your One-Stop Guide

When it comes to building wooden structures, you basically have two options: hardwood or softwood. Despite the obvious difference in their names, your clients may not realize the distinction between the two is more than just one being hard and the other being soft.

As carpentry subcontractors in Ocala, FL, we at Steve Allen Construction know a thing or two about wood types and uses. But for contractors who have clients who may not know hardwood from softwood, we’ve compiled the basic differences between the two.

How Hardwoods and Softwoods Are Classified

The distinction between the two types of wood is actually based on the type of seed they come from. Hardwood trees come from angiosperms while softwood trees come from gymnosperms. What does that mean in layman’s terms? The seed of a hardwood tree is completely covered, such as in the shell of an acorn, or inside an orange. The seed of a softwood on the other hand falls straight to the ground, either out of a cone or is dispersed through the air and carried by the wind. Another easy distinction is that softwoods are evergreens while hardwoods are deciduous trees.

Names Can Be Deceiving 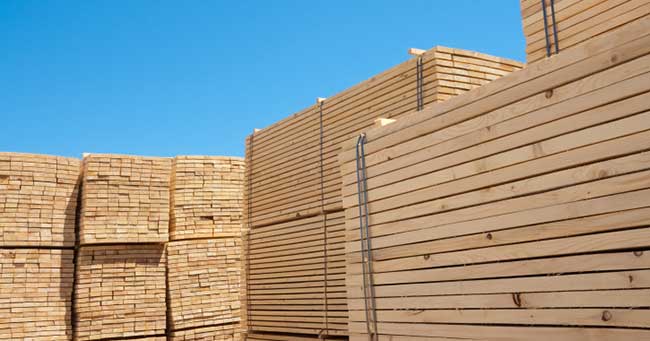 While one might be inclined to think that all hardwoods are dense, hard trees and softwoods are more pliable, this is only generally true. Yew trees, for instance, are as hard as some hardwoods but it is a softwood based on its seeds. Balsa wood on the other hand is a hardwood that is actually softer than most softwoods!

Uses for Hardwood vs. Softwood

When it comes to framing a house, softwoods are most likely to be used. This is because softwood is much more readily available, with 80 percent of all timber coming from this variety. Don’t let your clients be fooled by the name. Softwoods are sturdy enough to support a home! Softwoods are also often used for molding, windows and doors. Hardwoods, although more difficult to work with, produce denser, longer-lasting products. For this reason, they are often used for things that experience high traffic, such as furniture and wood flooring.

How to Visually Tell the Difference

To the untrained eye, it can be difficult to tell if you’re looking at hardwood or softwood. Luckily, there are a couple techniques you can teach your clients so they can easily tell the difference. Usually, softwoods will have a wider grain pattern, while hardwoods will have a narrower one. This signifies the faster growth of softwoods. The other popular method for distinguishing the two is known as the fingernail test. In this test, run a fingernail along the surface of the wood. If a dent is made, you’re most likely dealing with softwood. If a pine or cedar odor can be smelled during the fingernail test, then you’ve definitely got a softwood!

At Steve Allen Construction, we are the experts on house framing. Whether you need framing completed with hardwood, softwood or a combination of both, we can do the job. Feel free to talk with us on any of our social channels or reach out to us on our contact page!

Know the differences between #hardwood and #softwood? (There are more differences than just what the names imply) http://t.co/q2e6IHdPKm

Connect with us on: